If you haven't noticed, there's a new buzzword in lighting - LED. It's everywhere, from brake lights on new cars and stop lights to the Flute Light and Z Bar . But, what exactly is an LED light? What is this amazing little piece of technology that is quickly replacing the invention of Mr. Edison? 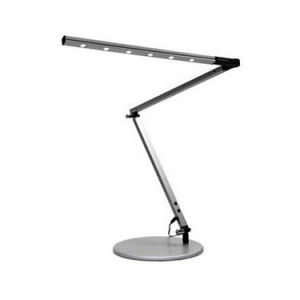 If you haven't noticed, there's a new buzzword in lighting - LED. It's everywhere, from brake lights on new cars and stop lights to the Flute Light and Z Bar. But, what exactly is an LED light? What is this amazing little piece of technology that is quickly replacing the invention of Mr. Edison? 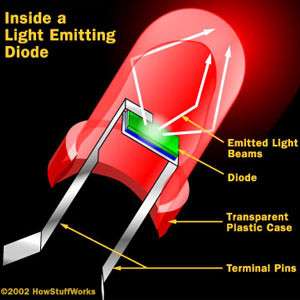 The LED, short for light-emitting diode, is a simple semiconductor. More than just those things produced by companies in California with tech-y sounding names, a semiconductor is a material that can conduct some electricity. To create the diode of your LED, impurities in the form of small holes in each end are added to the material (for most LEDs aluminum-gallium arsenide is the material of choice). These holes create a positive and negative side. Then, the diode is connected to a circuit fostering the movement of electrons in an response to the directional charge. When the rapidly moving electrons connect with the holes, it creates light. While the actual release of light involves some pretty complicated physics knowledge, the basic gist is that when the electron connects with the holes it rapidly drops from a high energy state to a low energy state. During that drop the energy is given off as light.

So, summing all that up, an LED is essentially a small piece of some form of metal with electricity passed over it, housed in a case. Pretty simple, actually.

Often, people argue that a drawback of LEDs is that they generally produce a much "cooler" light (more blue and white) compared to the "warmer" light (more yellow, red and orange) of incandescent bulbs. To account for this, LEDs can either use different metals as conductors, incorporate a phosphor coating on the diode or simply increase the temperature of the diode. All of these factors can help produce a warmer light that many people find more appealing. Less phosphor and less electricity provide a cooler light, while inverse gives off light closer to a traditional incandescent bulb.

Individual LED lights can be significantly more expensive than a traditional bulb. In fact, up until about 2000 LEDs were too expensive for everyday use. But, thanks to all those California semiconductor companies, the prices of semiconductors and LEDs in particular have dropped dramatically.

Today, if you're buying a lamp or light, over the course of its lifetime the LED device will actually end up saving you money. LED lights are dramatically more efficient than your standard bulb; pulling less electricity helps you save money on your power bill. Need proof? Put your hand next to an incandescent bulb; that heat is excess energy given off because of inefficiency. That energy that is given off as waste costs you money. Also, LEDs can be much smaller, allowing them to be used in more design-minded shapes and patterns (try designing the Z-Bar with incandescent bulbs). Also, LEDs light up quickly and can be easily dimmed, allowing for more flexible use than fluorescent or incandescent bulbs. And perhaps best of all, LEDs last much longer than other bulb types. We're talking 30-50 times longer than an incandescent bulb and 3-5 times longer than a fluorescent bulb.

So there you have it, a brief introduction to the LED, just one more way technology is helping shape the furniture industry and our lives. We've provided a couple of our favorite LED-using table lamps for your perusal below. It's pretty awesome what kind of designs can emerge with the use of LEDs. 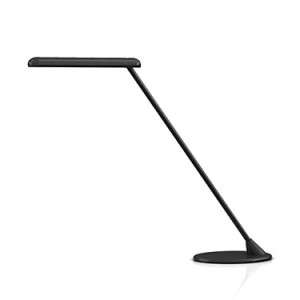 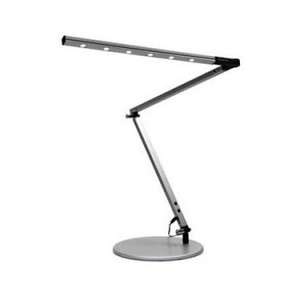 Also, special thanks to the folks at "HowStuffWorks.com" and Tom Harris and Wesley Fenlon in particular for their in-depth discussion. If you want to learn more about how the LED works you can read the entire article here.