What do the Gateway Arch in St. Louis, the Tulip Chair, and the Washington Dulles Airport have in common? Here's a hint: it's not a taste for sushi, though you'd think so at first glance. No, the common thread between those accomplishments (and many others) is their designer: Eero Saarinen. What do the Gateway Arch in St. Louis, the Tulip Chair, and the Washington Dulles Airport have in common? Here's a hint: it's not a taste for sushi, though you'd think so at first glance. No, the common thread between those accomplishments (and many others) is their designer: Eero Saarinen.

Saarinen, originally from Finland, was one of the most renowned designers of the mid-twentieth century. After studying architecture at Yale, Saarinen collaborated with contemporary Charles Eames (who attended Cranbrook, where Eero's father was a teacher). He had such an affinity for Charles that he named his third child "Eames" in his honor. Though he was often criticized during his lifetime - frequently by critic Vincent Scully - for having a style that couldn't be defined, his numerous furniture classics and buildings have indeed helped to define American style and aesthetics.

His most recognized works are, fittingly enough, his largest. The TWA Flight Center at the JFK International Airport is known worldwide for its sweeping design. Looking for all the world like it could take flight itself, it is a stirring tribute to the mystery and grandeur of human flight. This is what we talk about when we say that something is a "poetic achievement."

Eero Saarinen also had a hand in bringing a national treasure to Sydney, Australia. When he was called upon to serve on the jury tasked with choosing the final design for the Sydney Opera House, he saw something in Jørn Utzon‘s design that the jury for the first round had overlooked. He saw such promise in it that he made sure that it was chosen, and one of our modern wonders of design was on its way to iconic status. I challenge you - try to find a postcard from Sydney that doesn't feature a view of the Opera House from the harbor. Saarinen had an eye for design that fit the occasion.

While more well known for his architecture during his life, Saarinen didn't just dabble in furniture design. He was a serious player, and many of his designs are still being produced by Knoll. His most famous works for Knoll (well known for utilizing European talent, with many items in their furniture collection having been designed by Scandinavians) were the Womb Chair and Tulip Chair, but he also designed a series of beautiful dining and side tables as well as office-oriented chairs. (All Knoll Classics are on sale at 15% off beginning February 25th.) 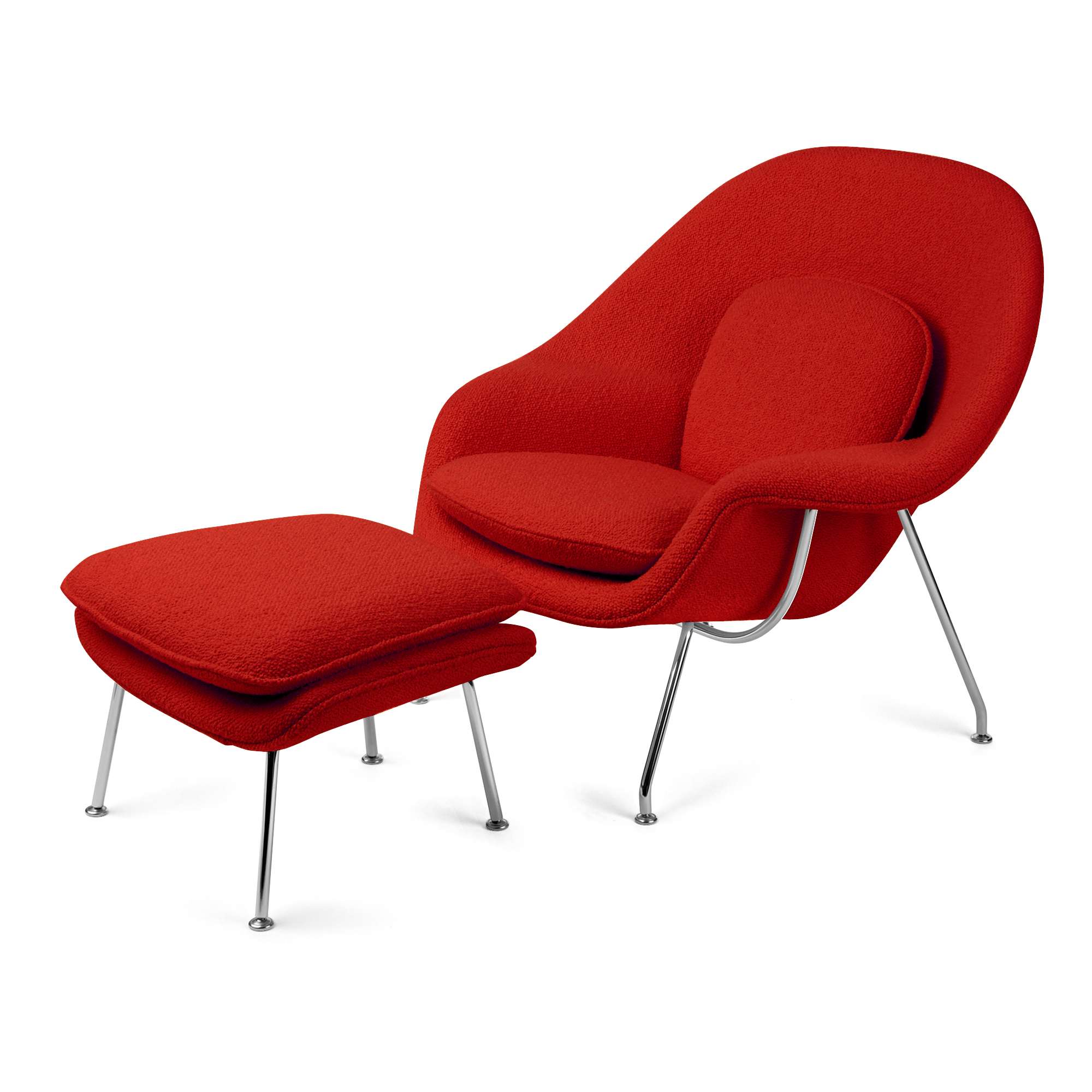 Tragically, Saarinen needed surgery to remove a brain tumor and died on the operating table in 1961 - when he was only 51. His partners posthumously completed his remaining projects, including the St. Louis Gateway Arch. It is fitting that his last work was one that his entire adopted nation knows and loves. Part of the Jefferson National Expansion Memorial and symbolic of our nation's westward expansion, the Arch is a suitable memorial for Saarinen himself. After all, it was his own expansion westward from his native Finland that brought us his monumental design genius.