The future of environmentally friendly housing lives in Chattanooga. 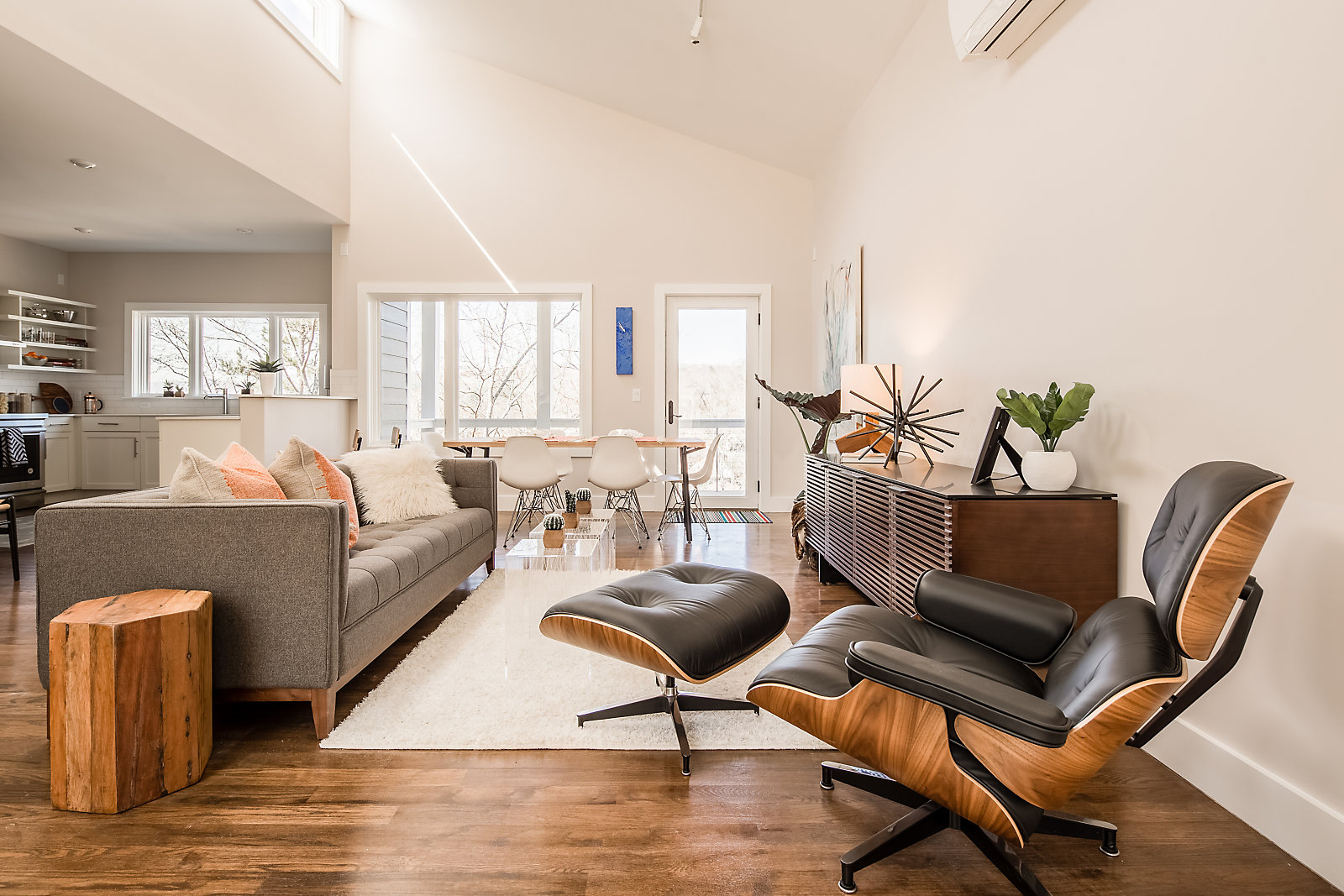 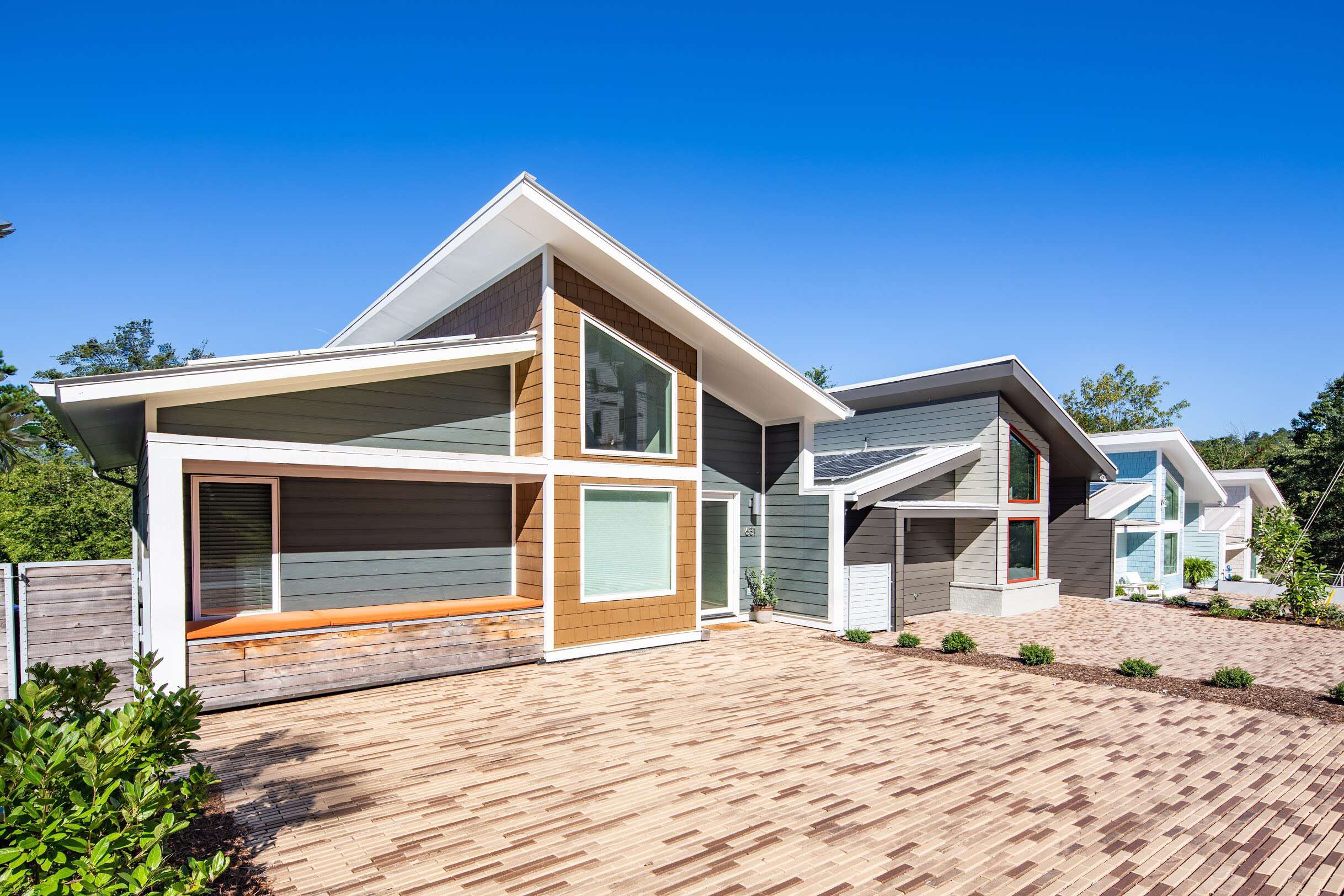 For those unaware of its history, Chattanooga has gone through quite the transformation over the past few hundred years. Originally, native populations occupied the fertile banks of the often-flooded Tennessee River, growing bountiful crops in its pitch-black soil. Eventually, Americans settled the area, transforming it into an important transportation hub. Intersecting train tracks still sprawl across the green hills like steel and wood sutures holding everything together. Because of its centralized location, Chattanooga played a major part in the Civil War, though that skirmish left its scars on its mountainous landscape. During Reconstruction, Chattanooga was rebuilt as a center of industry, metal foundries littering the landscape. In 1969, Chattanooga was dubbed America’s dirtiest city. The environment was neglected for the commodotized luxuries this fertile valley offers.

Then we wised up. 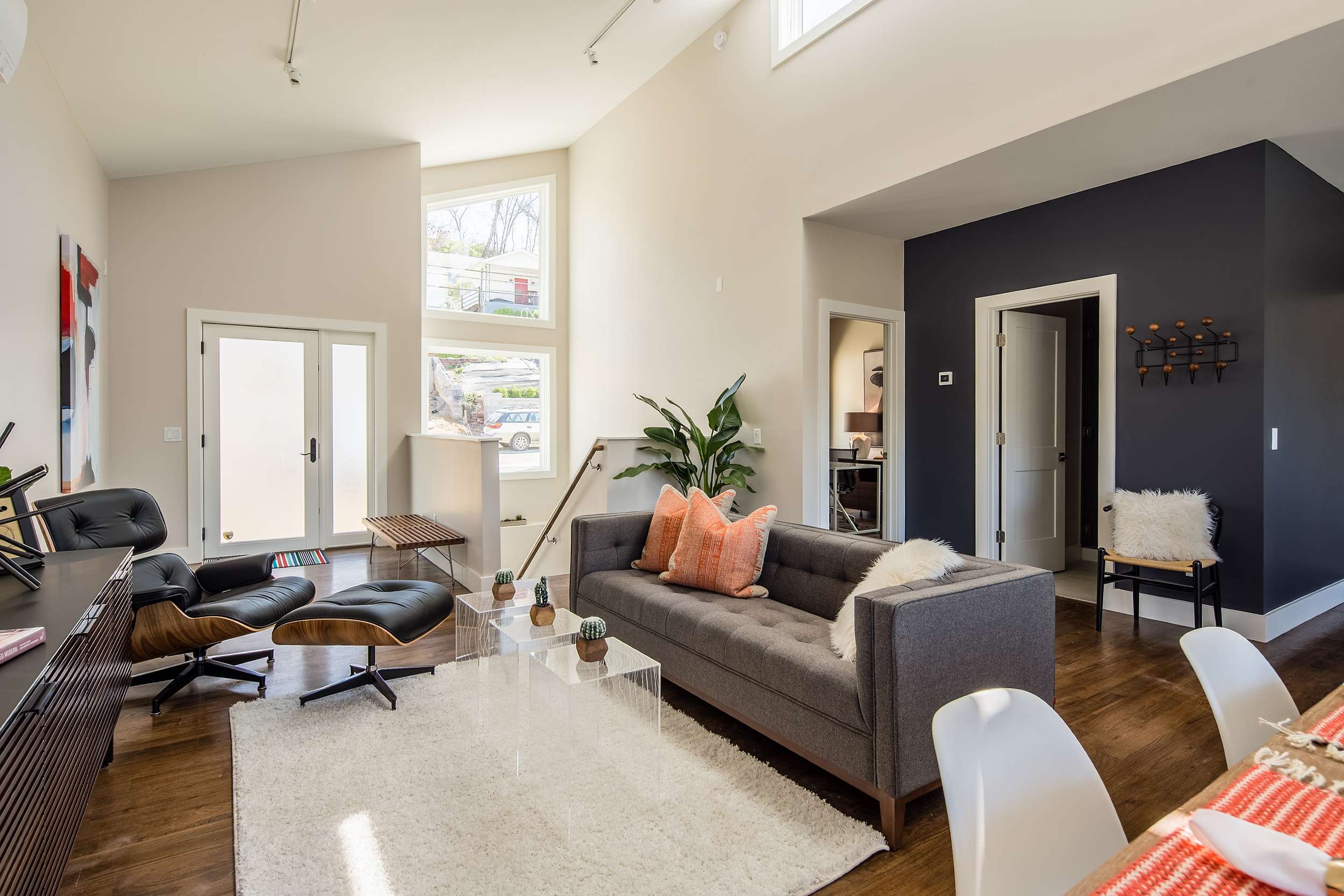 The late 90s and early 00s saw Chattanooga replace its smoke stacks for high speed internet and sprawling state and national forests. Instead of investing in dirty infrastructure, Chattanooga realized that its most valuable asset was its natural beauty—emerald green rivers, sandstone-capped mountains, and awe-inspiring canyons. The environment became Chattanooga’s focus.

That’s where Green|Spaces comes in. A nonprofit based in chattanooga, they work to promote sustainable living and working. Foreseeing the natural next step of Chattanooga’s green revolution, Green|Spaces portrays a dream, a thought experiment conceived to bring affordable, environmentally responsible housing to the masses. The project represents a collaboration born out of necessity. While Westerners contribute an ever-ballooning carbon footprint to the world’s ecosystem, each NextGen house proposes an alternative. Answering the questions, “How can we reduce waste, improve living conditions, while still preserving a fulfilling modern lifestyle?” the Green|Spaces project embodies a forward-thinking solution to the housing needs of the future.

To understand how challenging this project is, The Wall Street Journal wrote that net-zero homes are a pipe dream and would cost around 2.5 million dollars each. Most builders argued that truly energy neutral homes aren’t commercially viable. 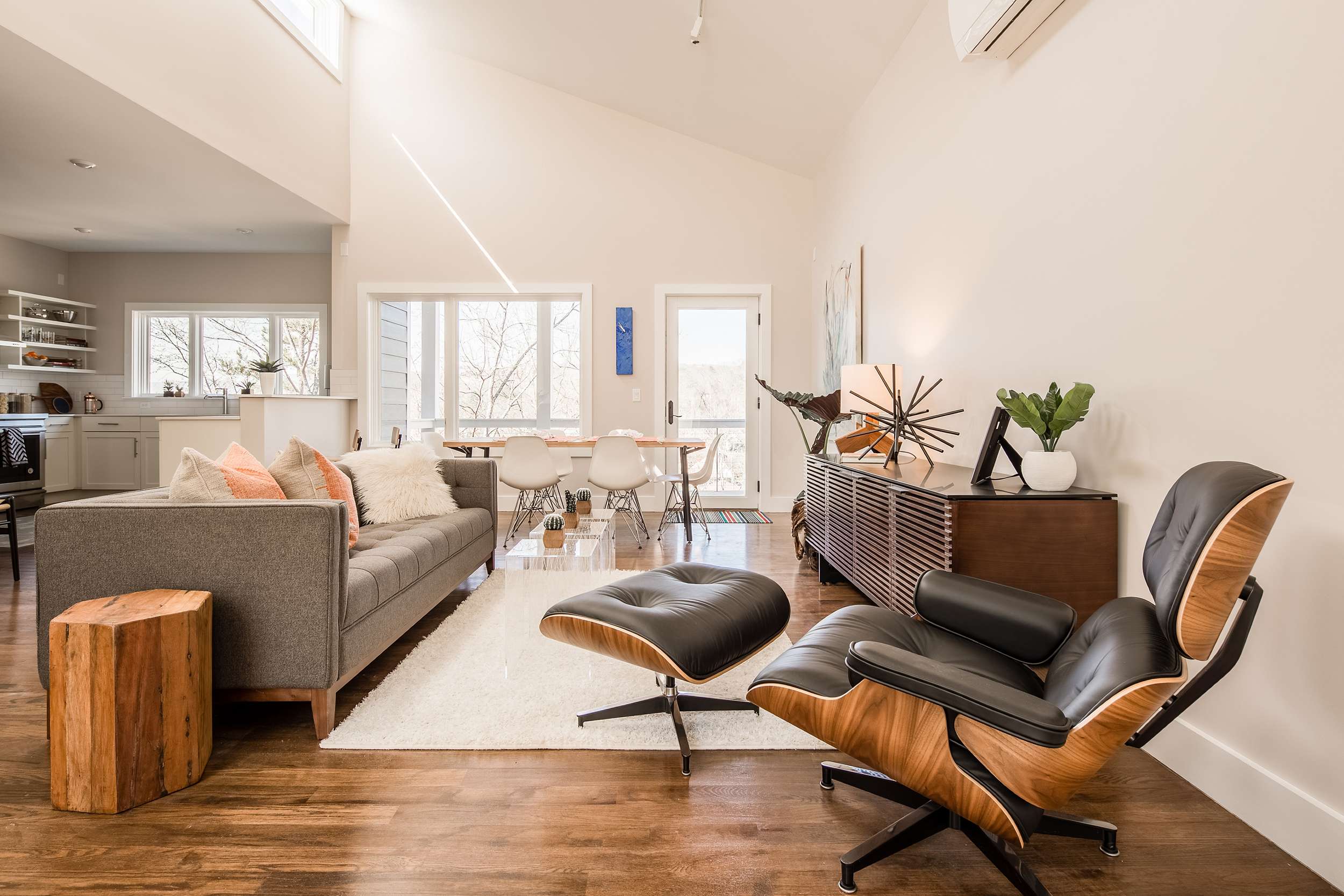 Starting at $360,000, each home constructed out of the Green|Spaces project is truly net-zero, meaning it consumes just as much energy as it produces. Utilizing smart materials, thoughtful composition, and prescient orientation, the homes are maximized for efficiency. The roofs' solar panels are always positioned to absorb sunlight, and the homes’ insulation is built to keep them nicely sequestered from the hot Chattanooga summers.

The energy efficiency also has a wonderful ancillary benefit: silence. In fact, Chris Wilson, the buyer of the first Green|Spaces home, says that the house is pleasantly muted, “My house is super-quiet. The modern floor plan combined with the insulating materials keep the city noises outside. We have our own little piece of paradise in middle of the city. Also, not having a power bill is really nice.”

When the first NextGen home neared completion, Smart Furniture was approached to stage the home with furniture that fit the modern aesthetic and highlighted its forward-thinking construction. The result is a gorgeous representation of how an energy-neutral future can look. Featuring sustainably built furniture that complements the home's eye-catching design, we were proud to participate in inextricable forward march of progress, shaping the future we want to build and see in the world.

Now consisting of four completed houses, the NextGen homes are a model for the rest of the world to follow. Improving the environment involves everyone pitching in. That includes home builders and home buyers; material builders and consumers; power companies, and energy efficient houses. All the way down to the furniture, sustainable housing isn't a pipe dream. The world is an ecosystem, and Green|Spaces proves that, with everyone working together for a common goal, positive change is not only possible, but attainable.

Smart Furniture is proud to be part of that legacy. 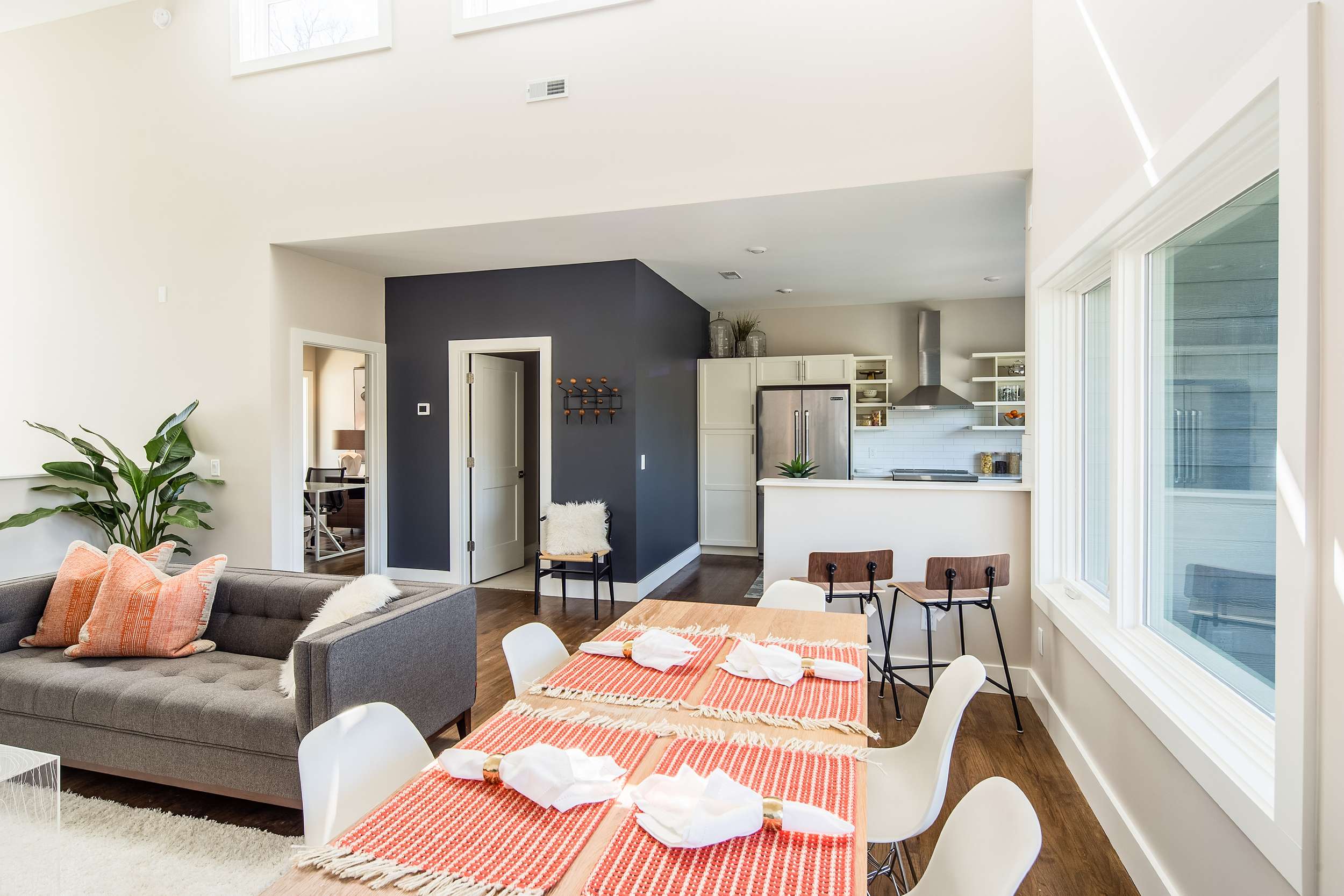