Browse through other customizations for the Airia Desk by Herman Miller

At A Glance:
"I always think about the people who will be using the products. I feel a responsibility to give them what they want and need, not necessarily what they expect."

So says Ayako Takase of Kaiju Studios on what drives her during the design process. In the Airia Desk, Ayako and partner Cutter Hutton succeeded beautifully in delivering an ultra-functional piece that accommodates all the electronic devices characteristic of contemporary workstations. The Airia Desk has an elevated secondary surface for peripheral items, beneath which is a series of openings designed specifically for cord management.

What's To Like:
This is one beautiful piece of furniture. Forget its functionality for a moment - don't its lines just make you want to design a room around it? Now factor in the smooth-sliding drawer and cable management, and the fact that it's sturdy enough to stand up to move after move. The Airia Desk looks even better now, doesn't it.

What's Not to Like:
We know that the desk's materials are top-notch, and that its design is beautiful, so we know how Herman Miller arrived at Airia's price. It's just higher than we'd like it to be. With that said, there are quite a few desks out there with less functionality and less style that cost more. Just saying.

The Bottom Line:
The Airia Desk is the flagship of Herman Miller's Lifework line of desks and home office systems. Able to translate well to private offices anywhere, Airia combines beautiful materials and craftsmanship with hidden tech features like cord control and a partitioned drawer to make the design enthusiast's dream desk. 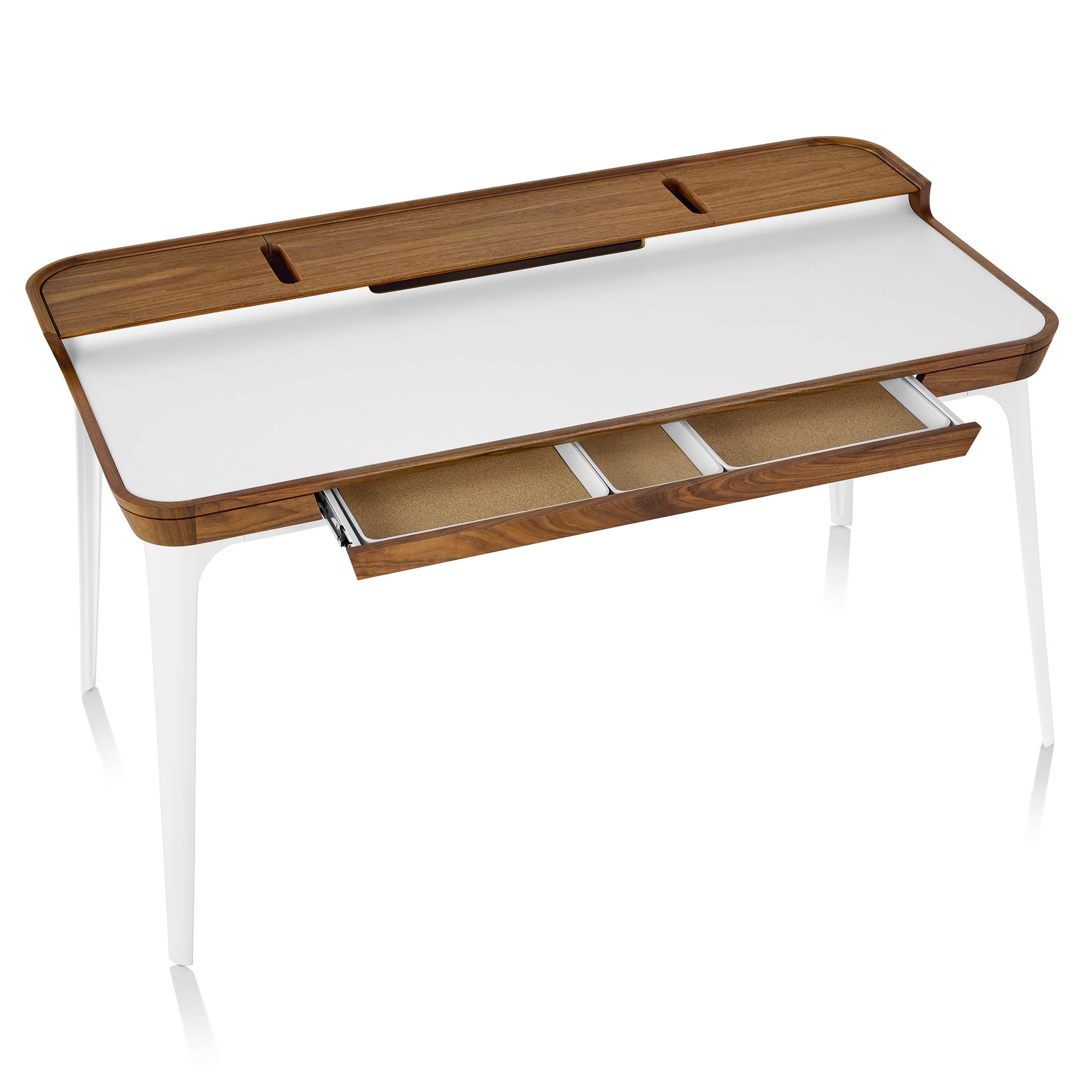 Kaiju Studios
When Ayako Takase and Cutter Hutton founded Kaiju Studios in 2001, they were looking for diversity, the freedom to design, "anything we wanted, from products to graphics to websites," says Takase. And so far, with clients ranging from Samsonite to Lincoln Center, that's exactly what they've done. Indeed, it was their own diversity in backgrounds that first drew these two together at Rhode Island School of Design, where both majored in Industrial Design. Takase is Japanese and spent most of her childhood in a coastal town near Tokyo. Hutton, on the other hand, grew up in a traditional American family. Both say they've learned a lot from each other's culture and background. "Coming to the U.S. opened my eyes to an abundance of opportunities and gave me the freedom to explore," says Takase. Hutton says, "Ayako's strong work ethic taught me how to take my work seriously."

Options are good. Here are your 2 shipping options: