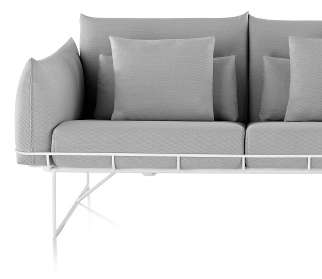 At A Glance:
The Wireframe Loveseat, with its external frame and removable cushions, is a nod to the common difficulties people tend to have with pieces of upholstered furniture. It seeks to remove those difficulties right at the outset, rather than one by one. The Herman Miller Wireframe Two-Seat Sofa's frame is formed from strong steel wire - long in use for furniture like the Eames Molded Plastic Chairs, and now adapted to serve as a stable platform for this loveseat.

Bottom Line:
The Herman Miller Wireframe Loveseat incorporates both old and new technologies to come up with a completely new way of making a two-seat sofa. It's comfortable, lightweight, and easy to live with. And isn't that the point? 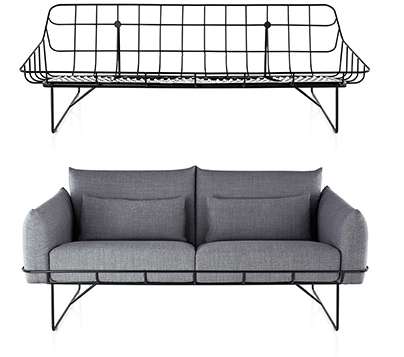